Is There Much To See in Lightroom CC?

Adobe don’t half like to make life confusing for us. After branding all of their previously available programs with “CC” after their new “Creative Cloud” system, they’re now rolling out mobile versions of said programs on smart phones and mobile devices, re-marketing them as apps.

This has lead to them going back and renaming previous products in an effort to differentiate them from their new shiny mobile counterparts. Take for example, the new app Lightroom CC for mobile. The name wouldn’t be a problem had they not already had a pre-existing Lightroom CC. This makes the old, desktop version now called Lightroom Classic CC. Ahhh, the difference is… not that different.

That is, on the surface at least. Lightroom CC (which from here on in we’ll refer to as Lightroom Mobile in an effort to squash confusion) is heavily based on its predecessor, but contains many different features and ways of doing things.

With the recent release of Photoshop CC for mobile garnering some mixed reviews, you may be wondering, is Lightroom Mobile worth it?

If it’s a yes or no question, the answer is yes. The free version is at least, anyway. Without even paying, you can download a version of Lightroom onto your mobile device that lets you perform all the basic functions; adjust hue/saturation, change colours, resize images, apply filters, and loads more.

Whether you’re a complete beginner or more experienced, there’s plenty to sink your teeth into to makes it worth the download. You essentially have a professional photo-editing app on your phone for absolutely no cost.

It’s not all goodwill and charity though. To access what Adobe deems as “Premium Features”, you’ll need to upgrade to Lightroom Premium. This is where the money comes in. Even if you’ve already paid for an Adobe CC subscription plan for desktop, you’ll need to pay again to obtain Lightroom Mobile Premium.

This may seem unnecessary, but understand that Adobe essentially market these two versions of Lightroom as two separate products. Indeed, although they’re related to each other, there are some key differences between the pair.

We’ll start off with the mobile app’s premium features. These are 8 key features that Adobe thinks it’s worth having to pay for, and for a few of them, I agree. I won’t go into them all but I’ll mention those that I think are most worthy.

The first and biggest is the ability to have Cloud Storage. It’s the key benefit to Lightroom Mobile – you get 1TB of online storage for your work.

Think about that, 1TB! That’s 1TB of space that you can keep free on your hardrive or computer for all your beloved memes. With this, they’re also backed up, should the program annoyingly crash while you’re working or if you happen to accidentally erase all your files (look, it happens).

The hugest deal is that with the cloud, your images are synced between all devices. Imagine waking up in the morning and dabbling with some edits on your desktop before you leave the house. While you’re commuting via bus or taxi, you can bring your iPad and just continue the edits there.

When you get back home, everything you worked on all day will be waiting for you back on your desktop. It’s as if you never left in the first place. This frankly revolutionary development lets you edit and sync photos anywhere as long as you have internet access, which is extremely handy for the likes of freelancers or those on a tight deadline.

If you know what a RAW file is then you know how superior they are to JPEGS in terms of editing. Well, Adobe know that too, and that’s why they’ve made one of their premium features the ability to import and edit raw files straight onto your phone or tablet, without touching a computer.

Big wows. Using a card reader or USB, you can import photos from your camera to your mobile devices lightning fast, and sync them over the cloud too.

With the latest update from November 2019, you can finally apply batch edits to the photos on your mobile as well. (This is a momentous point in Lightroom Mobile’s history, but we’ll come back to that a bit later).

A feature that is frankly next level is the Sensei Search. This is a search engine in the app that allows you to comb through your catalogue of photos for a keyword or specific word relating to a photo… even if you’ve never added a keyword.

You search for chair, and it’ll bring you up a photo you’ve taken with a chair in it. You search for lake, you’ll get a photo with a lake.

This is Artificial Intelligence and its best (or worst, depending on how afraid of Terminator you are). This is a life and time saver and is probably the way of the future when it comes to search features, but it doesn’t hide the fact that technology is evolving fast, and now even your photo editing apps have AI built into them. Oh well, at least it saves you effort! That’s what’s really at stake, right?

A word that comes up a lot with photo editing these days is “presets”, a pre-saved edit or filter that you can apply to new photos that saves you from having to edit images individually to get a similar look.

Luckily, if you pay for mobile premium, you can sync all your presets from Lightroom Desktop to all of your devices, and then create some on the mobile version and sync them back to your computer!

Again, this feature is Adobe showing off how efficient and time saving their creative cloud can really be, and how beneficial it would be to you if you just gave them that little bit of money for the premium version.

A small but notable addition is also the Lightroom Camera; an overlooked feature that is actually available in the free version of the app.

While at first not too different from the regular camera app, this camera offers the ability to shoot in DNG (a type of RAW format that is superior to JPEG) and gives access to features such as manual focus and exposure compensation – all before you’ve even edited the photo!

As a real time saver and a tool that enhances your photo’s original file before it even hits Lightroom, it’s a very underrated benefit of the app, and as previously mentioned, it’s completely free. It’s the little things that make it all worth it.

As enticing as all of the above is, Lightroom Mobile is not perfect. As is usually the case with alternate versions of longstanding programs, there are quite a few kinks to iron out.

Regardless of its many fun, easy to use features, I would say that the app wouldn’t be the best fit for many professionals. This may seem crazy given all the optimum features you’ve just read about, but it really comes down to one thing; the ability to edit multiple photos at once.

Batch editing on Lightroom Mobile is really in its infancy; up until the recent update this month, the only way to apply the same edit to multiple photos was to painstakingly copy and paste the effect one by one.

This has been lessened slightly with the new ability to paste the effect onto multiple photos at the same time, yet even with this action, it can’t be undone.

You have to make sure that if you paste the effect then that is how you want the photo to stay, or else you’ll have to import it all over again. Not exactly so time saving anymore.

This makes it a little dubious to use for professionals, who aren’t going to have the time to copy and paste the same effect to about 100 different photos, or worry about accidentally doing it to the wrong ones.

The interface itself is still rather clunky; as handy as the syncing between devices is, it’s quite difficult to make the jump from desktop to mobile without being disorientated, as the controls on Lightroom mobile are quite different, and the settings don’t seem to have a logical pattern of organisation to them.

Still, it doesn’t negate all the positives that Lightroom Mobile and its creative cloud have to offer. While a little off-putting at first, Adobe’s creative cloud is proving its worth.

The convenience of a cloud based system storing all your backups and connecting your devices cannot be understated.

It’s also fantastic for amateurs or those of us who just want a quick, professional looking edit while on the go or if we just prefer using our hands instead of clunky mouse and track pads! I just feel personally that it’s one or two features short of being the essential app that it needs to be.

A more reliable batch editing feature, a clearer interface and quicker shortcuts would make this app an outstanding piece of software to own, either free or premium.

Perhaps they’re saving all these features to suppress the competition between it and the desktop version, but when our computers and devices finally become dominated by handheld technology (and believe me, that day is swiftly approaching), my bet is that Lightroom Mobile is going to become a giant in the world of image editing. 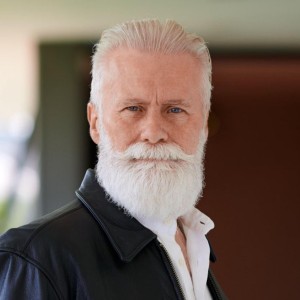